The representative of Sài Gòn Hi-Tech Park (SHTP)granted an investment certificate to BSB Investment & Development Co Ltd for the construction of the first silica and nano silica plant in Việt Nam. — Photo doanhnghiepvahoinhap.net

The plant has designed production capacity of 3,000 tonnes of silica and nano silica from rice husk per year at the SHTP in HCM City’s District 9.

It is an attempt to maximise exploitation of the precious silica and nano silica resources from rice husk, leveraging it for deployment of special rich applications of public nano technology, such as in activities related to pharmaceutics, cosmetics, foodstuff and advanced materials, as well as agriculture, construction, rubber, plastics, electronics and energy industries in Việt Nam.

Nguyễn Việt Hùng, chairman-cum-general director of BSB, said every year rice milling in the country produces some 9-10 million tonnes of rice husk. “It is the reason finding a technological solution to effectively exploit the value of rice husk is of great economic and environmental significance,” Hùng said, adding it would help farmers increase their income from planting rice.

He said the plant is expected to begin construction this year to take advantage of the rice husk, which is currently being dumped or burned, leading to waste and pollution.

Sharing her ideas, Nguyễn Thị Hòe, chairwoman of KOVA Group, said the potential for silica and nano silica in Việt Nam is huge. She said KOVA Group introduced nano silica from rice husk into their paint products, such as self-cleaning, fireproof, anti-bacterial and even bulletproof paints, 10 years ago.

Paint products using nano silica have BOC index of approximately zero, while that of non-nanotech paint products is 10-20. In particular, fireproof paint with nano silica technology from rice husk will not cause asphyxiation, taking up to five hours to completely burn at a temperature of 1,000 degrees Celsius, thus giving enough time for firefighting measures, Hòe said.

The licence was granted under the International Collaboration Programme, titled Comprehensive Technology Solution and Research, Production, Applications of Silica & Nano Silica from Rice.

​​It also witnessed the signing of a co-operation agreement between BSB and other domestic and international partners, such as the Scientific Council of Materials Science, Việt Nam Academy of Sciences and Russian Hydro Energy Technology Centre.

The event received particular attention from many domestic and foreign enterprises that are eager to apply silica and nano silica in their business activities, including PVFCCo, PVCFC (Việt Nam), IEV (Malaysia) and JIC, JGC (Japan). 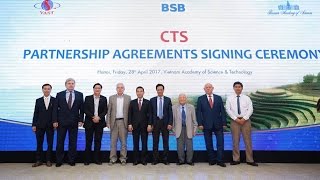 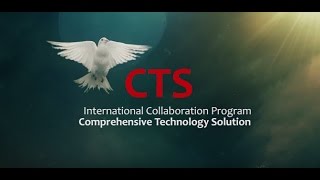 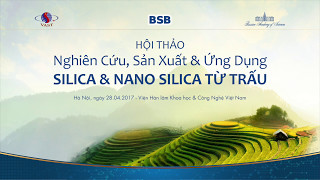 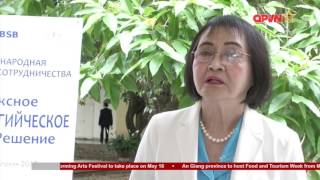 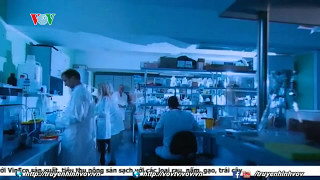